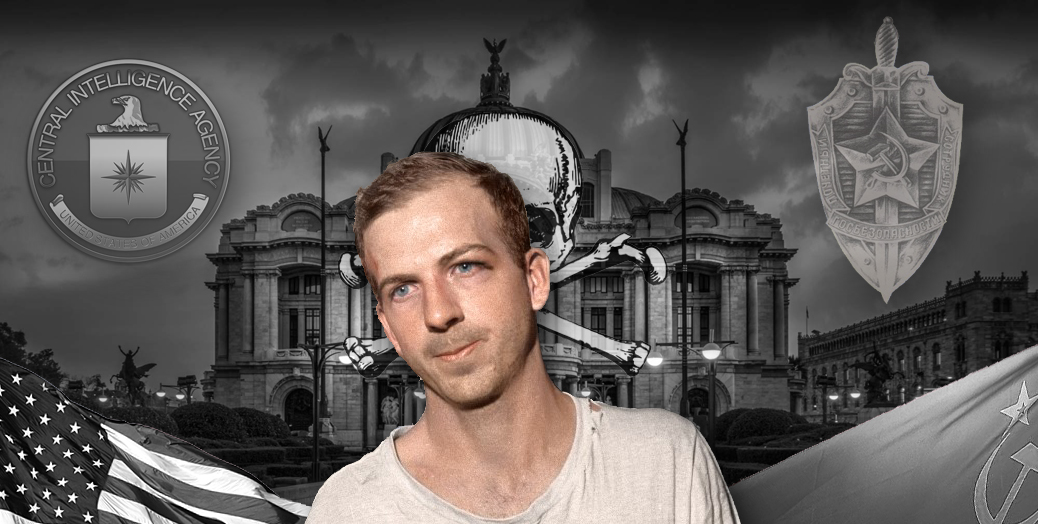 Before the murder of John F. Kennedy on November 22nd, 1963, Lee Harvey Oswald – or even possibly a double – visited the Soviet embassy in Mexico City. Retired KGB Lt. Gen. Nikolai Leonov, then on assignment in Mexico’s capital as an intelligence officer, met Oswald that day, and he has little doubt the young American was just a pawn in a much wider plot.

An intelligence officer’s workdays were full of work with active agent networks, with those who had been brought into partnership with Soviet intelligence by previous shifts of our colleagues, and with agents arriving from other countries, etc.

Most simply, that’s if the environment in a country allows you to meet personally with an agent somewhere in a cafe or restaurant. There one could unhurriedly discuss all accumulated issues, take verbal, and sometimes written, information, transfer money for operational expenditures, and set the conditions for future meetings. Though if the local counterintelligence service is well equipped technologically, then you had to be extremely attentive. When working with Americans, we had to almost immediately refuse such comfortable conditions of communication and cross over to the use of dead drops or a system of momentary meetings.

Only to the deeply profane would it seem that US intelligence doesn’t keep its citizens under control. FBI representatives recruited agents among Americans and made all their officials report in obligatory order on every contact with Soviet citizens and conducted regular interviews. Frequent and continuous meetings with Americans were dangerous.

It was much more dependable to train an agent to work through dead drops that excluded any personal contact and brought risk to a minimum. But it was even better to supply an agent with special sheets of writing paper, which were soaked in a special compound and could be used as carbon paper for taking down invisible text. These very simple forms of impersonal communication were quite reliable in practical work, although there are many others, about which it’s still too early to speak.

Working the American line in Mexico was always active and lively. Well-wishers among US citizens would often drop in to us on their own initiative with proposals for secret cooperation. A few months before my arrival in the country, two Americans came to our embassy, both of them employees of the super-secret organization known as the National Security Agency (NSA). This agency was engaged in the development of codes and decryption. With genuinely American scope and industry, tens of thousands of people systematically dissected the codes and ciphers of all the world’s states. As was usual, at that time the socialist countries occupied a priority spot in this work. Both visitors expressed a resolute desire to leave for the USSR for political and moral-ethical reasons. Our friends were covertly extracted to the Soviet Union, where they reported very valuable information on the NSA’s work, and for many years they worked together with Soviet specialists on similar problems. Such “disappearances,” of course, raised the alarm in the US intelligence system. Sooner or later they were groping for the channel by which their secrets were departing.

From the beginning of the 1960s, US intelligence began to actively send fake well-wishers – provocateurs – to our embassy. On the one hand, they wanted to load us down with unnecessary and useless work, and on the other, they were counting on compromising true friends and sowing distrust towards everyone.

One must admit that the Americans sometimes succeeded. To this day I acutely relive the tragedy of one of the soldiers from an American missile base in the south of the United States who came with an offer for partnership. Either our colleague didn’t have the sensitivity, or his interlocutor couldn’t convince us of his honesty, but we made the decision to decline the proposal and say farewell. What regret we had when several days later this serviceman was arrested as a deserter by the Americans in Panama and sentenced to 20 years in prison.

In the vast majority of cases, we managed – if not immediately – to separate the wheat from the chaff, those who wished to work with Soviet intelligence from the decoys. We even developed a type of technological instruction memo for work with such people. In the most complex cases, when our human possibilities didn’t allow us to bring forth a final judgment on who was in front of us – an ally or a provocateur – we resorted to the lie detector. More accurately, not to the detector itself, but we announced the possibility of its application. Just the mention of this device turned out to be sufficient for provocateurs to immediately flare up in indignation and anger and refuse from any further contacts. American propaganda had convinced its citizens of the total power of this technical adaptation to such a degree that they were not in a condition to withstand it. Those who weren’t lying calmly agreed to any vetting.

Among the many visitors to the embassy from among Americans, there were also people who would later become widely well-known. Once on a Sunday in the autumn of 1963, several weeks before the assassination of John F. Kennedy, I was playing volleyball with my colleagues at the embassy’s athletic field. Suddenly a somewhat agitated duty officer appeared and began to ask me to receive an American visitor and speak with him. Swearing under my breath, I ran over in my track suit, hoping that I could get off with a request for him to come on a workday. Entering the reception room for foreigners, I saw a young man with an unusually pale face. A revolver lay on the table, its cylinder loaded with bullets. I sat nearby and asked him how I could be of assistance. The young man said his name was Lee Oswald, that he was an American, and that he was currently under constant surveillance and wanted to return immediately to the USSR, where he had earlier lived and worked in Minsk, and be delivered from the constant fear for his life and for the fate of his family.

The question of restoring citizenship was extremely complicated. One had to write a well-founded request to the USSR Supreme Council Presidium and then wait without any great hope for a long time. And if a positive decision came, then bureaucratic red tape would a lot of time. With the softest, most calming tone I could use, I informed our unusual visitor of this. He began to write a request, but his hands were trembling strongly. Suddenly he set the pen aside and firmly stated:

I’ll shoot them all today. In the hotel everyone is following me: the manager, the maid, the doorman…

His eyes shone feverishly, and his voice became unsteady. Images and scenes unknown to me had obviously set upon him. It was clear that behind the table sat a man with an overstimulated nervous system that was on the verge of breakdown. There was no purpose to speaking with a person who was in such a state. We had only to calm Lee Oswald down as much as possible, try to convince him not to do anything that could hinder a positive resolution to his question of restoring USSR citizenship, and accompany him out of the embassy. I let the embassy consular department know of what had occurred.

When some time later I learned that namely Lee Oswald was accused of assassinating US President John Kennedy, I saw on television the moment of his murder in a Dallas jail. It was a murder camouflaged as a random assassination, and it became clear to me that he was an obvious scapegoat. Never could a man with such a shaken nervous system, whose fingers couldn’t steadily hold a pen, calculatingly and in cold blood produce the fatal shots accurately from long distance. I say this firmly and with conviction, because in my youth, as a student at MGIMO, I was involved in sport shooting and steadily passed the requirements for a marksman – I was even a member of the Moscow shooting team. Many times I had to shoot from a combat rifle in competitions, and I know that the foundation of success lies most of all in a trained and forged nervous system. And I recall that in his conversation with me, Oswald not once spoke negatively of the president or US government. All his fears were tied to someone from nearby, although he couldn’t definitively explain who was after him and why. It’s a pity for such people – hounded through life and made the victims of a greater political game.

3 thoughts on “Oswald & the KGB in Mexico”