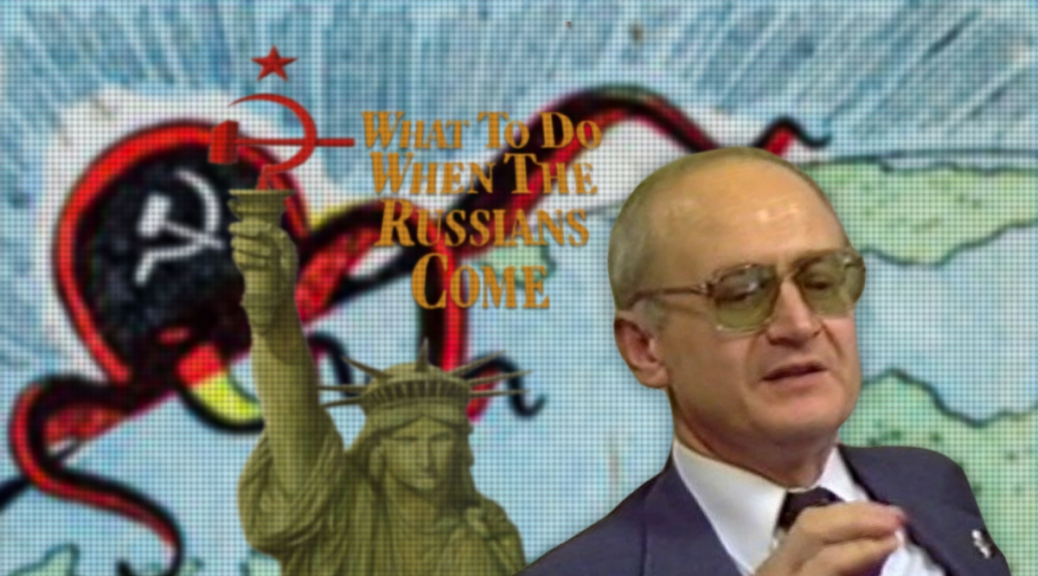 Over the past several years, the testimony of a previously obscure Soviet defector has grown ever more potent as America unravels into chaos. Should we trust him?

The late Yuri Bezmenov (1939-1993), styled a man who turned his back on the KGB and a “fighter against totalitarianism,” has gained exalted status among independent media commentators and has even found currency in the mainstream. Bezmenov, the son of a Red Army officer and trained in oriental languages, was a journalist for the Soviet news agency Novosti and scored a posting to India in the late 1960s. In 1970 he vanished from the USSR embassy colony disguised as a hippy and made his way to the West, where he would rail against the Soviet system, writing pamphlets like Love Letter to America; No Novosti is Good News; World Thought Police; and Black is Beautiful, Communism is Not.

END_OF_DOCUMENT_TOKEN_TO_BE_REPLACED

According to new revelations, the ultra-wealthy financier and elite sex trafficker Jeffrey Epstein had a mentor who recruited him into Israeli intelligence early in his career: billionaire media tycoon Robert Maxwell. And nearly three decades before Epstein’s highly suspicious death, Maxwell would suffer a similar murky fate. What did Soviet intelligence know about Maxwell? KGB veteran Col. Nikolai Shvarev tells Moscow Center’s side of the story:

At the beginning of the 1990s, his mysterious death became a sensation. And that’s just for starters, after all, 68-year-old Lord Robert Maxwell – owner of one of the largest media empires on the planet; a billionaire; friend of Leonid Brezhnev and other politicians around the world; a carouser and debauchee whose impressive size and ferocious personality earned him the nickname “the killer whale” – had died. END_OF_DOCUMENT_TOKEN_TO_BE_REPLACED

The mystery of Lord Victor Rothschild’s (1910-1990) connections to Soviet intelligence has vexed researchers for over a half century now. As the scion of an ultra-wealthy banking house and confidante to Winston Churchill, Rothschild was an influential figure in Britain’s power elite for decades, occupying key positions in counterintelligence, the energy sector and strategic policy planning. But was he also the notorious Cambridge Spy Ring’s “Fifth Man,” a spy for Moscow who could access the crown jewels of UK secrets?

The Cambridge network – consisting of Kim Philby, Guy Burgess, Donald Maclean, Anthony Blunt, and John Cairncross – has gone down in history as one of Soviet secret service’s most successful penetrations, to the shame of the British establishment. Long after their exposure, Rothschild was well-situated as a grey cardinal of UK politics, seemingly untouchable. END_OF_DOCUMENT_TOKEN_TO_BE_REPLACED

Did Russian intelligence sway the outcome of the 2016 United States presidential race? Ask the CIA and mainstream Western media organs, and they’ll have you believe that yes, it was none other than Moscow’s shadowy operatives who managed to infiltrate Donald Trump into the newly gold-bedecked Oval Office. Blame the Russians, our betters declare, rather than a year of skewed coverage and loaded polls. While the theory has become popular among opposition to the new administration, it is based on exactly zero evidence – which means we should designate it under the establishment’s own rubric as “fake news.”

To bolster the charge, the US Intelligence Community (of Iraq WMD fame) has released a public report intimating that Vladimir Putin “hacked the election.” Through cyberwarfare, agents of influence and information campaigns, we are told, the Kremlin pulled off the unthinkable and effectively ran a regime-change operation in America. Warmongering neoconservatives and virtue-signaling liberals alike commenced their reenactment of Red Dawn. Piling on, CNN and Buzzfeed unveiled a sloppy, error-ridden and highly dubious dossier detailing Trump’s alleged Russian ties and sexual blackmail material (kompromat). None of these claims have been backed by a shred of credible proof presented to the public, so why should they be taken as an article of faith? END_OF_DOCUMENT_TOKEN_TO_BE_REPLACED

The Russo-Japanese War of 1904-1905 was to prove advantageous for Japan and its Western maritime backers Britain and the United States, while the conflict was a multifaceted disaster for Russia. Amidst the bloodshed, however, were found moments of chivalry exemplified by the warriors of each side. Here is one such account:

Hunter and scout Vasilii Timofeevich Riabov was born in 1871 and grew up in the village of Ivanovka outside Penza. Almost a century and a half has gone by, yet his memory persists through the centuries.

After his discharge from active military duty and joining the reserve, Riabov relocated to the neighboring village of Lebedevka. He was a brave and active man, he loved the theater and his wife, even though he sometimes hit her after drinking. And sometimes he used other people’s things without permission. That happened too. But he atoned for all his sins with his act of bravery. END_OF_DOCUMENT_TOKEN_TO_BE_REPLACED

How did the KGB train its deep-cover officers to pose, operate and live under the guise of foreign nationalities? Former KGB Chairman Vladimir Efimovich Semichastny (1924-2001) describes how the KGB First Chief Directorate’s elite Directorate S processed, prepared and deployed illegal officers for work abroad in the field – without the protection of the Soviet embassy or Moscow Center.

Our nation’s intelligence was distinguished by one particularity that could be discovered only extremely rarely in the practices of other secret services. This concerns the training and use of so-called “illegals” – Soviet citizens who settled in other countries under assumed names, thereby allowing us to create the consummate agent network. Such a network couldn’t be uncovered by the Western counterintelligence services that were orbiting mainly around our embassies; representations; trade missions; bureaus; and press agencies. END_OF_DOCUMENT_TOKEN_TO_BE_REPLACED 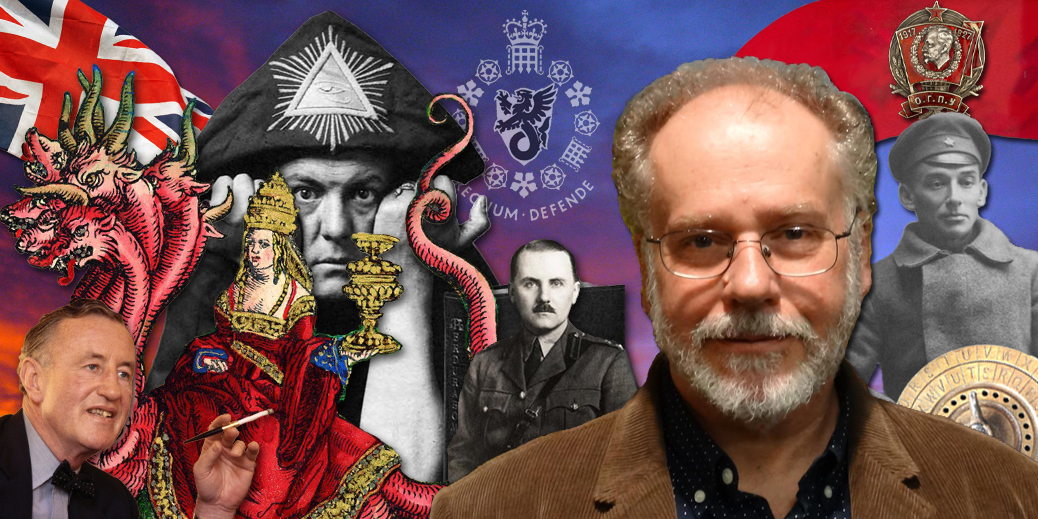 Dr. Richard Spence, author of Secret Agent 666: Aleister Crowley, British Intelligence and the Occult and Trust No One: The Secret World of Sidney Reilly, and co-author of the book Empire of the Wheel with Walter Bosley, joined me in this audio interview to cover the fascinating material in his research on the history of espionage, secret societies and the occult. Seeking to uncover the real Aleister Crowley – well known as a Satanist and black magician – and who his handler might have been, Dr. Spence demonstrates how Crowley’s mystical journeys might have had a more pragmatic design in the field of covert operations. From there we cover Nazi leader Rudolf Hess’s infamous flight to England and what it really may have signified, as well as Bolshevik occultists and the true mysteries of Shambhala, sought by all: British, German and Russian esotericists (and spies!).

To get the full two-hour talk, subscribe at JaysAnalysis for 4.95 a month, or $60.00 a year, for my full talks and interviews, as well as purchasing my book, Esoteric Hollywood at Jay’s Analysis.

Veteran chief of the KGB’s elite Alpha Group Maj. Gen. Gennady Nikolaevich Zaitsev recounts the 1977 operation to arrest CIA intelligence officer Martha Peterson, who worked out of the US Embassy under diplomatic cover. Peterson had been handling a valuable agent – Aleksandr Ogorodnik, code-named Trigon, a highly-placed staffer at the Soviet Foreign Ministry. Little did Peterson know at the time that Ogorodnik had already been arrested and committed suicide in custody with poison supplied from Langley. The trap carefully laid by the KGB’s Second Chief Directorate was set…

It so happened that I had the opportunity to participate in an arrest of a spy even before joining the spetsnaz Alpha Group. At that time, I served in the Seventh Directorate of the KGB of the USSR. Do you remember the film TASS is Authorized to Declare …? It told the story of how the KGB exposed Trigon, an enemy agent. In reality, this was Alexander Ogorodnik (Trigon), a staff member at the American Department of the Directorate for Planning Foreign Policy Measures at the Ministry of Foreign Affairs. He committed suicide during arrest. END_OF_DOCUMENT_TOKEN_TO_BE_REPLACED

KGB Colonel Stanislav Lekarev (1935-2010) was an especially apt observer of the interplay between intelligence, culture and deep politics. While we know about the CIA’s extensive ties with Hollywood, the KGB had its own assets in the USSR film industry. Here Lekarev, an officer of the KGB First Chief Directorate, goes undercover as a Soviet film executive in 1970’s London, where he crosses swords with British counterintelligence, MI5.

SovExportFilm wasn’t a cover for everyone – you could crash and burn quickly here. A three-month probation period in State Cinema before my departure gave me little to work with. Moscow negotiations with Western commercial representatives didn’t allow me to delve into the nuances of SovExportFilm’s specifics. Viewing Western productions also didn’t help me any. And it was so obvious their quality was higher. Only on the job do you understand that you have to figure out the details of film production – be able to precisely determine the worthiness of reels from the point of view of mastery by scenarists, directors, cameramen, actors, as well as the quality of the film. It’s additionally useful to know the basics of the Stanislavsky System; this impresses those conversing with you. Along with all of that, you need accounting knowledge and the ability to write reports. If you don’t go the distance, the question of your replacement will be raised. So it happened – people wishing to replace you will always be found.

END_OF_DOCUMENT_TOKEN_TO_BE_REPLACED

In late 1943 SS commando Otto Skorzeny, known as “the most dangerous man in Europe,” was tasked by Hitler with a daunting mission: kill Stalin, Roosevelt, and Churchill, the Big Three, in Tehran, Iran. The bold plan, code-named Unternehmen Weitsprung (Operation Long Jump), might even have succeeded but for the efforts of Allied intelligence services. Below is the story of Ivan Agayants, Soviet NKVD resident in Tehran, who played a key role in foiling Berlin’s assassination plot.

In the old Soviet action film Tehran-43, the fearless and sexy intelligence officer sent from Moscow to Iran’s capital with a special mission dashingly neutralized Hitler’s terrorists, who were preparing the assassination of Stalin, Roosevelt and Churchill. In that film there are three truths. The first: At the end of 1943 in Tehran, the Big Three Conference took place. The second truth: the fascists were preparing an assassination attempt on the leaders of the USSR, USA, and Great Britain. And the third: Soviet intelligence liquidated the terrorists. END_OF_DOCUMENT_TOKEN_TO_BE_REPLACED