Dr. Richard Spence, author of Secret Agent 666: Aleister Crowley, British Intelligence and the Occult and Trust No One: The Secret World of Sidney Reilly, and co-author of the book Empire of the Wheel with Walter Bosley, joined me in this audio interview to cover the fascinating material in his research on the history of espionage, secret societies and the occult. Seeking to uncover the real Aleister Crowley – well known as a Satanist and black magician – and who his handler might have been, Dr. Spence demonstrates how Crowley’s mystical journeys might have had a more pragmatic design in the field of covert operations. From there we cover Nazi leader Rudolf Hess’s infamous flight to England and what it really may have signified, as well as Bolshevik occultists and the true mysteries of Shambhala, sought by all: British, German and Russian esotericists (and spies!).

To get the full two-hour talk, subscribe at JaysAnalysis for 4.95 a month, or $60.00 a year, for my full talks and interviews, as well as purchasing my book, Esoteric Hollywood at Jay’s Analysis.

There’s no shortage of connections between British espionage writers and the occult, and while we’ve examined a good deal of Ian Fleming, another writer who wrote quite prolifically of devilish machinations was Dennis Wheatley.

Wheatley was the son of a winemaking family, and he would cause some stir early in his college days for creating his very own campus “secret society.” Following his expulsion for this incident, Wheatley joined the military, fighting in World War I as a Royal Artillery Lieutenant. He was then tasked with military intelligence and covert operations in World War II, serving in the London Controlling Section. After his war activities, Wheatley worked for British Intelligence and was introduced to notorious occultist and black magician Aleister Crowley, stating: END_OF_DOCUMENT_TOKEN_TO_BE_REPLACED 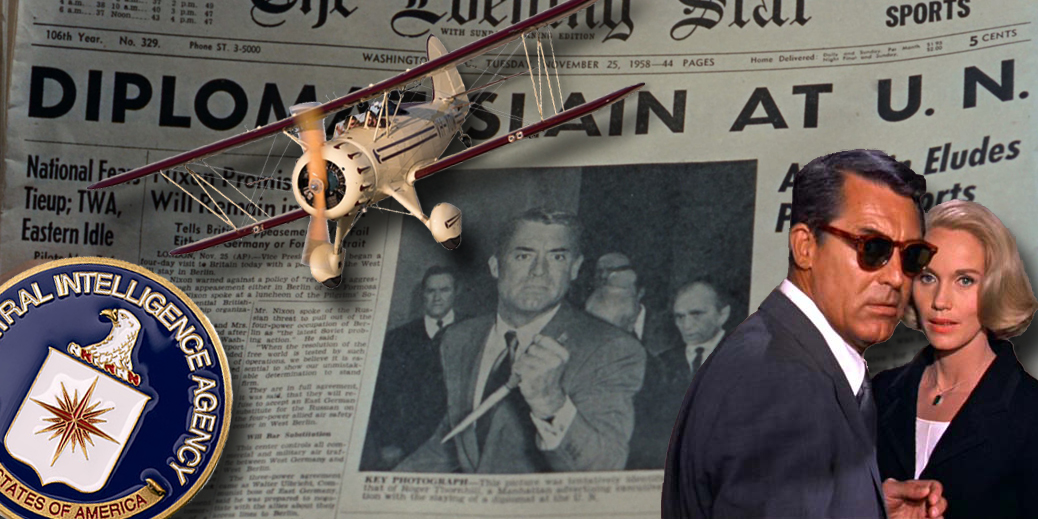 Often overlooked in spy culture are Alfred Hitchcock’s espionage classics. In the Hitchcock film Vertigo (1958), we highlighted the use of mind control, doubling and voyeurism on the part of a shadowy Bohemian Grove-esque elite intent on manipulating the middle class Scottie (Jimmy Stewart) based on a profiling of his psychological weaknesses. In North by Northwest (1959) similar themes emerge, yet the master of suspense seemed willing to reveal much more than merely psychoanalytical and Freudian elements, notably shooting the first film to mention the CIA. END_OF_DOCUMENT_TOKEN_TO_BE_REPLACED

Appearing to conclude the Daniel Craig era of 007 reboots, SPECTRE not only premiered at the top of the world box office. As could be expected, the film also provides quite a few insights into the nature of real geopolitics and espionage in true Bondian style.

Let’s start with the theme of mass surveillance, a reflection of our own postmodern Panopticon reality. Even The Guardian has commented on the similarities of the SPECTRE plot with the supposed leaks of Edward Snowden regarding the NSA spying apparatus. Yet there are also serious grounds to question Snowden’s heroics; just as well, GCHQ was monitoring the population and spying long before there was any NSA in the US. END_OF_DOCUMENT_TOKEN_TO_BE_REPLACED

A notable example of the breakaway civilization in film is the 1979 film adaptation of Ian Fleming’s Moonraker. Moonraker the film differs significantly from the Fleming’s novel, but the differences and parallels are important to highlight: the novel focuses on a kind of Operation Paperclip scenario, wherein Sir Hugo Drax is secretly building a V-2 rocket in tandem with the Nazis to destroy England and rebuild the Reich. For many, the film adaptation a few decades later represented an exceedingly outlandish interpolation on a pulp spy novel that failed to achieve much more than mimicking the box office success of science-fiction blockbusters it attempted to copy, cinematic innovations like 2001 and Star Wars.

END_OF_DOCUMENT_TOKEN_TO_BE_REPLACED

We’ve analyzed 007 in the past, as well as Howard Hughes in light of Scorcese’s The Aviator, but could there be a connection between the two? What if Ian Fleming was encoding an explosive, real-world conspiracy involving Howard Hughes, JFK, Aristotle Onassis and a legendary kidnapping? Not only is there evidence to suggest this, but the film version of his 1954 novel Diamonds Are Forever subtly suggests much more. We know Fleming was a high-level Royal Navy psychological warfare specialist and involved in numerous covert operations, and as I’ve argued many times, Fleming’s novels and the film versions, in their own respective ways, elucidate these clandestine activities, touching on everything from black-market smuggling networks to actual espionage and assassinations.

END_OF_DOCUMENT_TOKEN_TO_BE_REPLACED 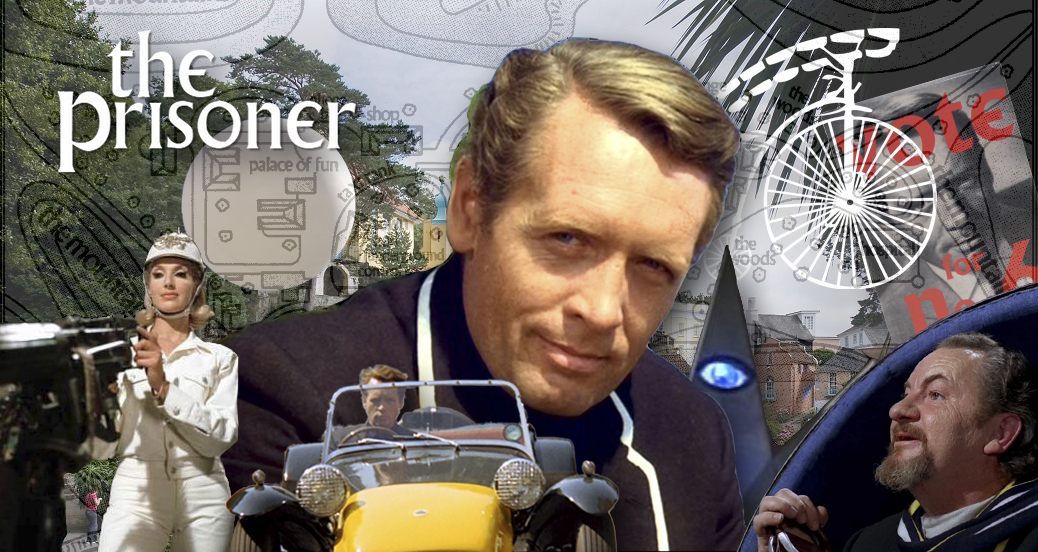 1960s espionage fiction was definitive for spy culture. Developing its own unique aesthetic, from Bond to The Saint to Harry Palmer, the vivid, flamboyant style of both the spies and their cinema incarnations created an iconic pop-phenomenon that survives to this day (as 007 is still going strong). Everyone knows 007, but few are aware of the more philosophical, science-fiction based British cult show, The Prisoner, starring Patrick McGoohan.

END_OF_DOCUMENT_TOKEN_TO_BE_REPLACED 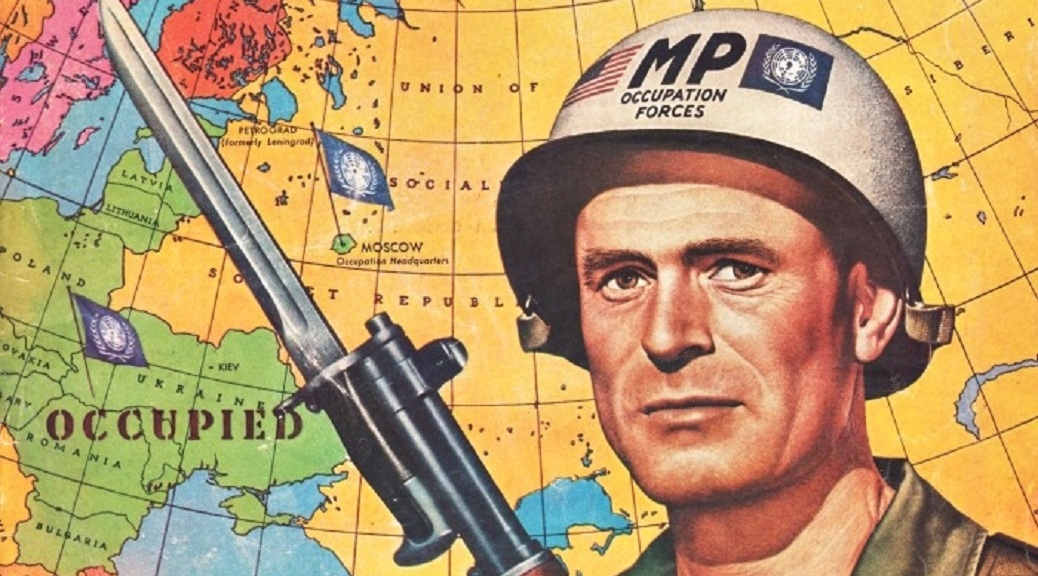 Tim Kelly invited me back to discuss the Cold War in a more in-depth fashion. We delve into bankster funding of both sides of conflicts throughout the twentieth century, the machinations of industrialists like Henry Ford, strategies of tension and think-tank social engineering from Rand Corp., spies and espionage and their relationship to secret societies and the occult – all part of the traffic in secrets. Enjoy the discussion.

The newest film in the 007 series will be titled SPECTRE, a fitting reference to the real cabals and cartels that rule the world. Indeed, SPECTRE is presented early on in From Russia with Love with this very feature – they are international, as opposed to SMERSH being Russian, and play nation states off against one another. Transitioning from the Soviet-affiliated SMERSH in the first Bond novel, Casino Royale, SMERSH transforms into SPECTRE, a formidable “terrorist” organization from the ambiguous East.

It is also telling that back in the 50s and 60s, Ian Fleming was already predicting the transition from the communist threat to the international terrorist threat – something that gave me the indication that Fleming novels are worth a deeper look. Even current media hysteria seems the product of a shrewd psychological operation: Sony claims to have been hacked by North Korea, with the SPECTRE script leaked, as well as Pyongyang supposedly threatening 9/11 style attacks on theaters that play Franco and Rogen’s The Interview. Such headlines might as well be ripped from the pages of Fleming’s books, since they’re truer to life than we might think.