Tim Kelly invited me back to discuss the Cold War in a more in-depth fashion. We delve into bankster funding of both sides of conflicts throughout the twentieth century, the machinations of industrialists like Henry Ford, strategies of tension and think-tank social engineering from Rand Corp., spies and espionage and their relationship to secret societies and the occult – all part of the traffic in secrets. Enjoy the discussion.

When Moscow launched the ambitious Operation Anadyr, the deployment of missiles and an army division to Fidel Castro’s revolutionary Cuba in the spring of 1962, the KGB played no minor role in its execution. KGB military counterintelligence (Third Directorate) was responsible for ensuring the secrecy of the movement of Soviet forces, from Odessa and the icy port of Murmansk to the Caribbean tropics. The operation would become a textbook example of Soviet maskirovka (denial and deception). Historian Aleksandr Sever recounts:

Military counterintelligence officers not only had to catch spies, but also secure the integrity of military secrets in “special conditions.” As an example we can name the operation to shift Soviet forces to Cuba.

END_OF_DOCUMENT_TOKEN_TO_BE_REPLACED

In his memoirs, KGB First Chief Directorate (Foreign Intelligence) Colonel Aleksandr Aleksandrovich Sokolov gives his impressions of five years, from 1966-1971, serving in the FCD’s Line KR (Counterintelligence) in the KGB’s Washington residency. Culture shock and tradecraft come together as Sokolov just barely tolerates American cuisine, gets his ears blown out at a Beatles concert, and evades the FBI’s surveillance teams.

That summer in Washington was unusually hot. The temperature during the day went up to 40 degrees Celsius and higher, something that had occurred only 100 years ago. Along with that, as characteristic of Washington, the humidity remained high.

The weather wholly corresponded to the requirements of the KGB medical commission we underwent before our departure to America for work in conditions of a “hot and humid climate.” Dressed in a fashionable black Finnish half-cotton suit not available to all Soviet citizens, white nylon shirt and tie, and Czech “oak” loafers, I felt in the best case like I had a wig on, but confidently and with dignity I stepped onto the land of the Main Adversary for the first time.

END_OF_DOCUMENT_TOKEN_TO_BE_REPLACED

Spetsnaz Group “Alpha” was founded in 1974 on the orders of KGB Chairman Yuri Andropov. As this article by KGB veteran Lt. Col. Igor Atamenenko makes clear, Alpha was not only a secretive anti-terror force, but also the high-class muscle used in the KGB’s counterintelligence operations against foreign intelligence services.

Even the KGB’s overseers from the CPSU Central Committee’s department of administrative organs were not informed of the true purpose of the Group “A,” Lubyanka’s super-secret unit that attained wide publicity under the name of Alpha only after the events of August 1991 in Moscow. For them it was just one of the structures within the KGB, and many operations executed by its officers also remain a closely-guarded secret to this day, continuing to to carry the stamp “Top Secret” and “Of Special Importance.”

END_OF_DOCUMENT_TOKEN_TO_BE_REPLACED 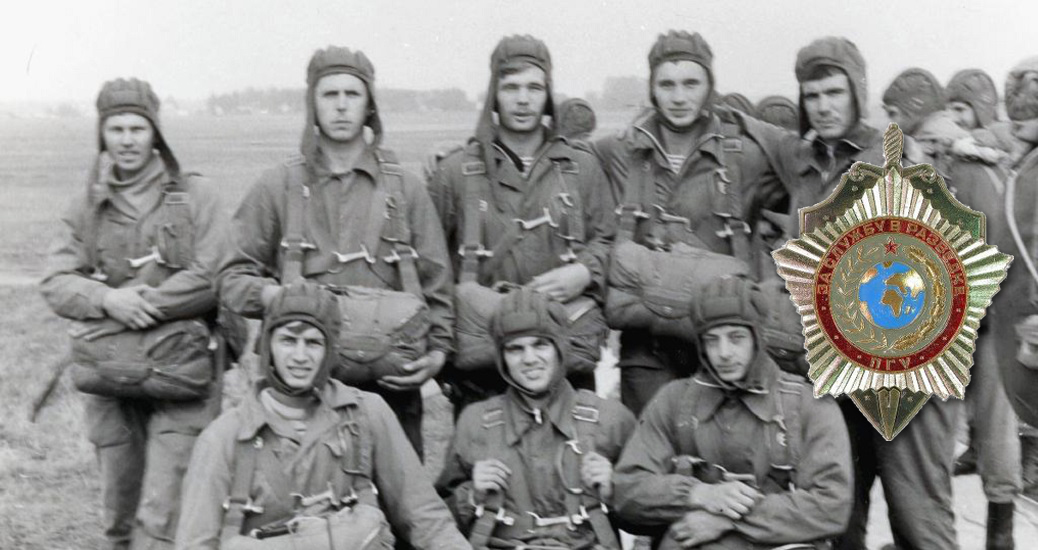 Vympel, the KGB’s spetsnaz group for overseas action, was a unit forged, in the words of its initiator KGB Chairman Yuri Andropov, “without equal.” The following text outlines Vympel’s founding, the unit’s training process, and its general operational history.

The idea for founding a commando unit for the KGB belongs to the chief of Directorate S (Illegals) Yuri Drozdov, one of the men who directed the storm of Afghan President Hafizullah Amin’s palace. Returning from Moscow, he went to KGB Chairman Yuri Andropov and presented him with a plan to create a special-purpose group for carrying out operations during the “special period” – in short, a commando unit.

END_OF_DOCUMENT_TOKEN_TO_BE_REPLACED 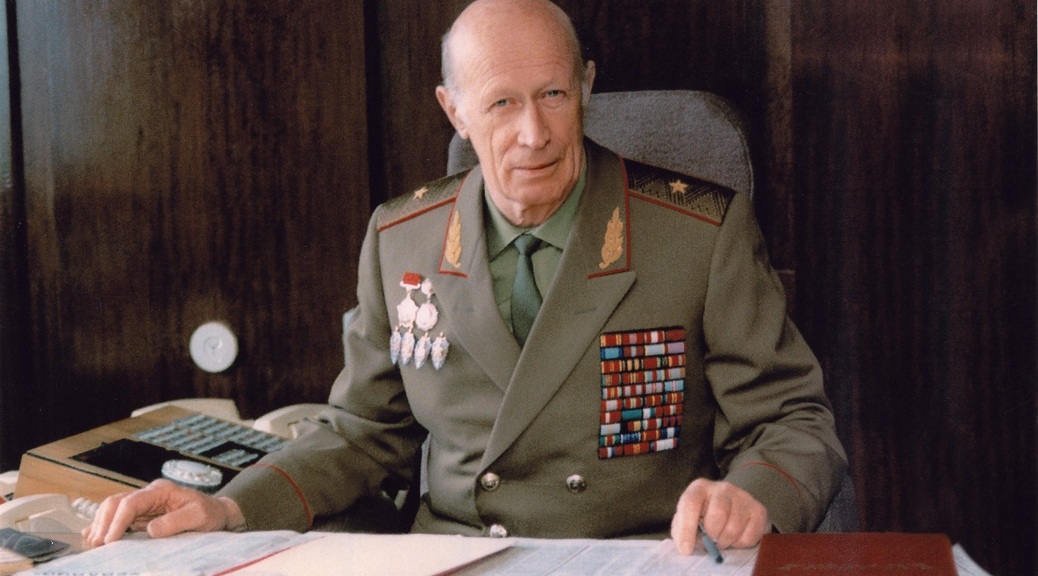 KGB Maj. Gen. Yuri Ivanovich Drozdov is known as a “living legend” of Soviet intelligence. Having himself operated under German identities, Drozdov worked as the KGB resident in China and the United States before eventually becoming the head of Directorate S, the famed Illegals, where he also founded the special commando unit Vympel. The following interview was conducted in September of 2010 on the occasion of his 85th birthday.

Yuri Ivanovich, first of all, thank you for sending your new book Operation President: From Cold War to Reset. I came to congratulate you on your 85th birthday, and as before, you’re at work.

My wife is still trying to convince me: “Enough, quit.” And I constantly answer the truth: if I leave, I’ll die. As previously I’m directing the independent consulting and marketing agency Namakon. And I write books.

Serious ones, concerning history, politics, Russia’s strategic development. But nonetheless I’d like to speak with you…

About intelligence I’ve told everything that’s allowed. Or almost everything.

END_OF_DOCUMENT_TOKEN_TO_BE_REPLACED 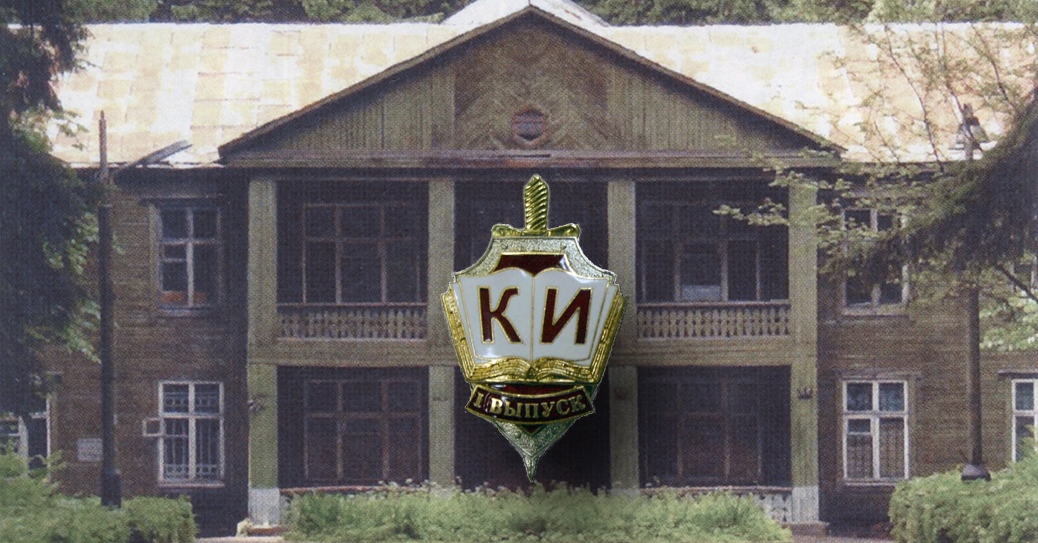 KGB Lt. Gen. Leonid Vladimirovich Shebarshin (1935-2012) was an experienced specialist on South Asia and Iran and would become the last chief of the Soviet KGB’s First Chief Directorate (Foreign Intelligence) in 1989. In his memoirs, Shebarshin recalls his time training at the KGB’s 101st Intelligence School in 1962.

101 – That was the name of the intelligence school subsequently transformed into the KGB’s Yuri Andropov Red Banner Institute.

For the first time in my life I was quartered in a dormitory. In the two-story wooden house of pre-war construction, the walls were starting to become dilapidated, in places the floors would bend, but it was warm and cozy in the winter, and in the spring lilac branches would brush against the windows.

END_OF_DOCUMENT_TOKEN_TO_BE_REPLACED

In the twilight arena of international espionage, one name more than any other evokes an image of patient, masterful treachery, the insidious presence of the enemy in one’s own inner sanctum. No matter the country they serve, generations of intelligence and counterintelligence trainees have been expected to know this name well: Philby. For half a century now, Harold Adrian Russell “Kim” Philby (1912-1988) remains both in espionage history and popular literature the quintessential mole, the deep-penetration agent who buried his way to the top of British intelligence to provide Soviet Russia with the Crown’s most guarded secrets. The shock of Philby’s treason reverberated throughout the British establishment, while in retrospective the affair tells us more about the social, cultural, and spiritual depravity of an entire ruling elite than just the sordid exploits of a spy.